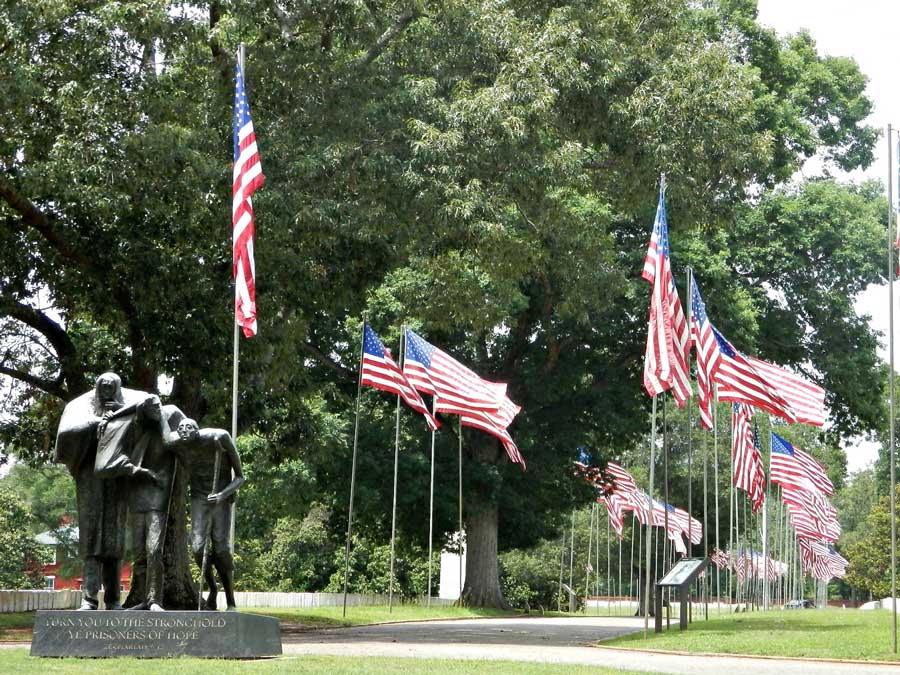 When the American Civil War began, neither the North or South were prepared to handle the number of enemy prisoners apprehended. Prisoners of war were conditionally released in an informal exchange program, if they promised not to return to battle. A formal exchange system was established but when the Confederacy refused to exchange or parole captured black soldiers, it was discontinued. This led to extreme overcrowding in existing prisons and minimal facilities were quickly assembled.

At more than 150 different prison sites, over 400,000 Union and Confederate soldiers were held prisoner, of which, 56,000 died from disease, starvation and exposure. At Andersonville, 45,000 Union soldiers were imprisoned and in the 14 months Andersonville was open, nearly 13,000 died. That is why Andersonville is known as the most infamous Civil War Prison.

When the prisoners were finally released, they had to find a way to get back home. Many set sail on the steamboat Sultana, which would be travelling north up the Mississippi River from Vicksburg, Mississippi. The Sultana had a capacity of 376 passengers but, on this particular voyage, it held over 2500 passengers. The government had agreed to pay the steamboat company $5 for each enlisted man and $10 for each officer who made the trip, which was a lot of money for this era. Unfortunately, on April 27, 1865, while the steamboat was just off the coast of Memphis, Tennessee, the boilers exploded in the middle of the night and it sank killing 1800 men. This is considered the worst maritime disaster in history with more deaths than the sinking of the Titanic, when 1500 people died.

Thanks to the meticulous record keeping of Dorence Atwater, 95% of the deceased soldiers’ graves at Andersonville Prison were identified following the war. Clara Barton was instrumental in assisting with this effort to enable families to locate their missing family members.

Since 1899, many monuments and memorials have been placed at Andersonville to remember the men who suffered and died there. American POWs from other wars and conflicts are also represented.

Below, we have provided you with a virtual tour of the monuments honoring our fallen American brothers and sisters. Please take a few moments to honor and reflect on the ultimate sacrifice made by these brave men and women. 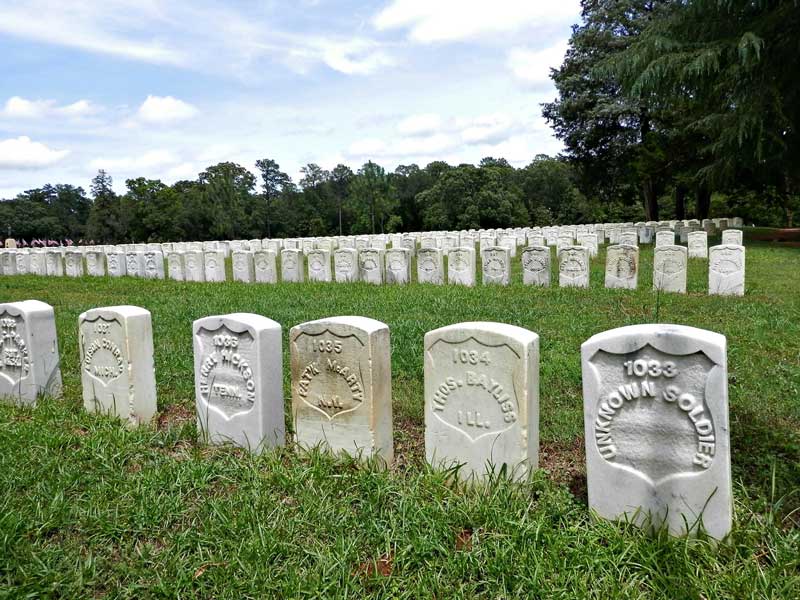 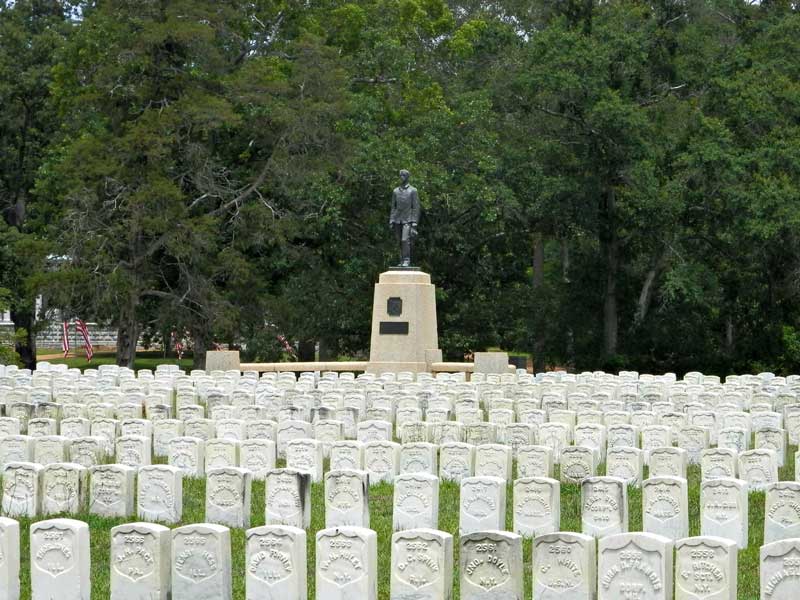 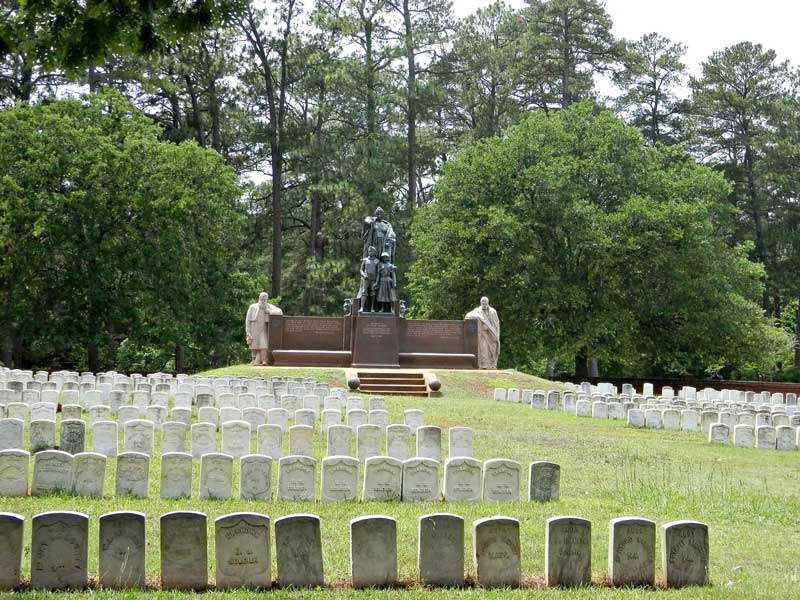 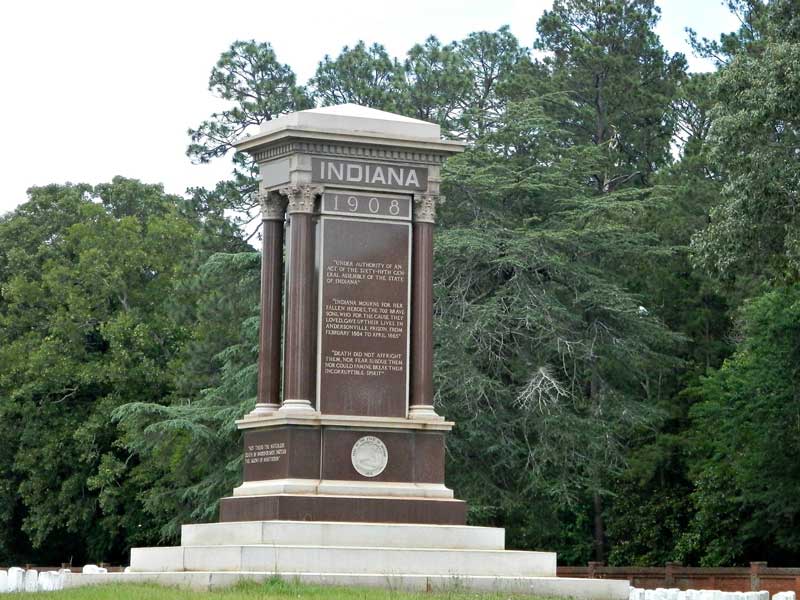 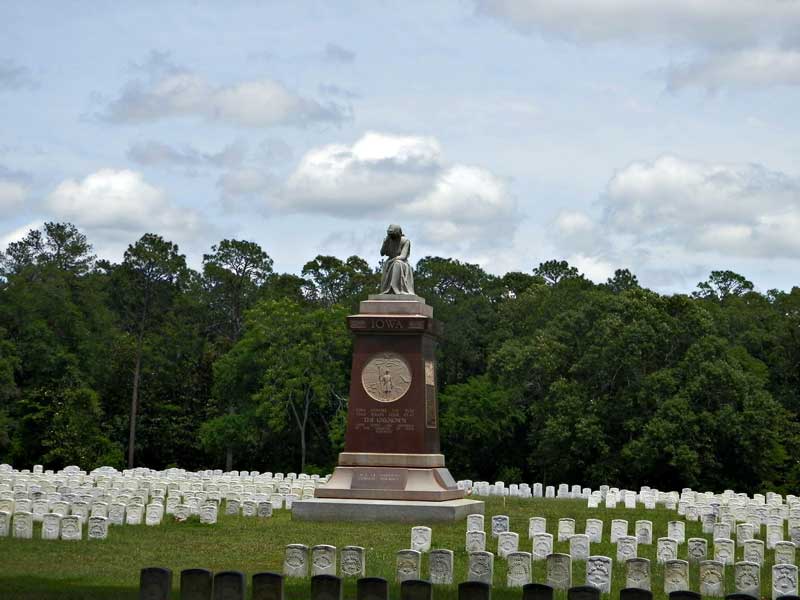 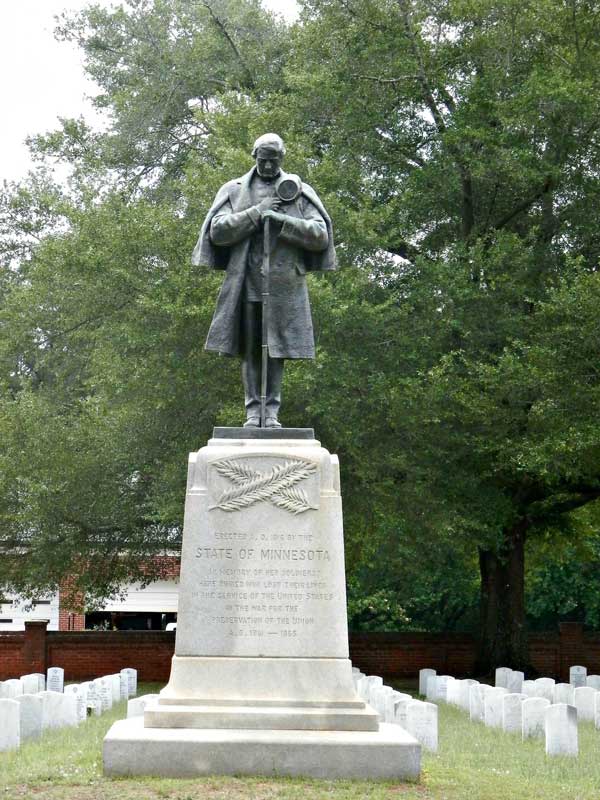 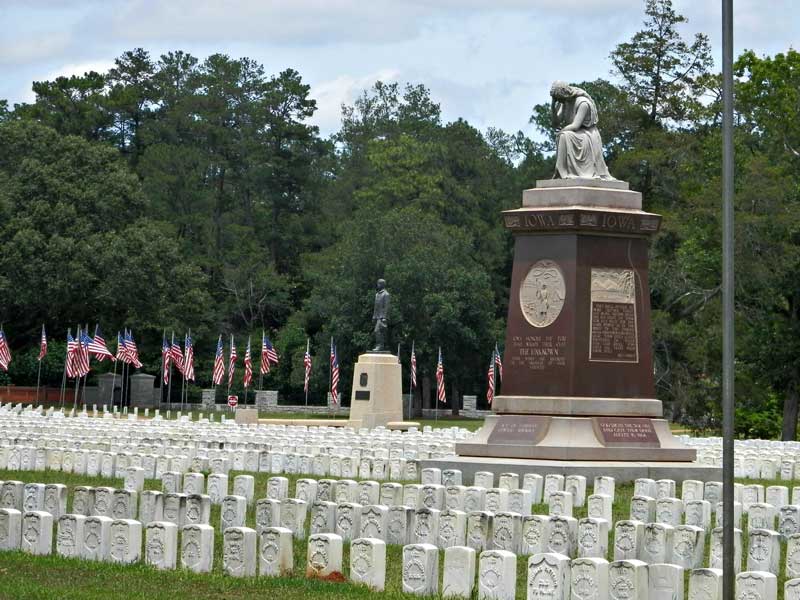 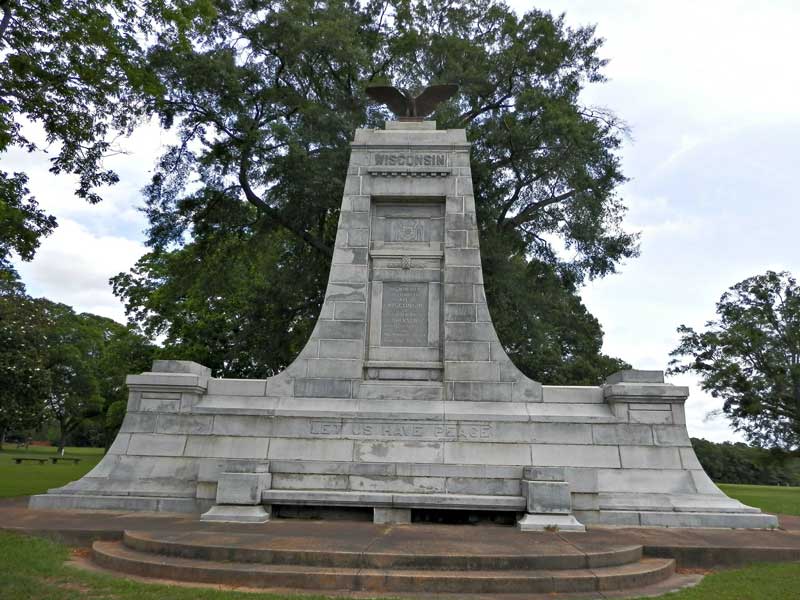 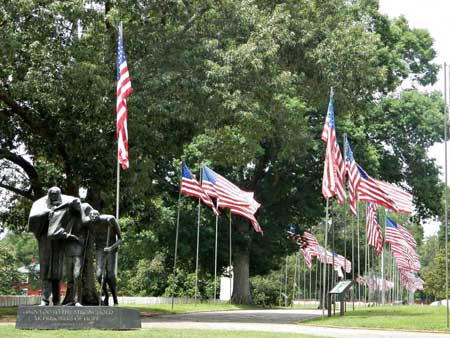 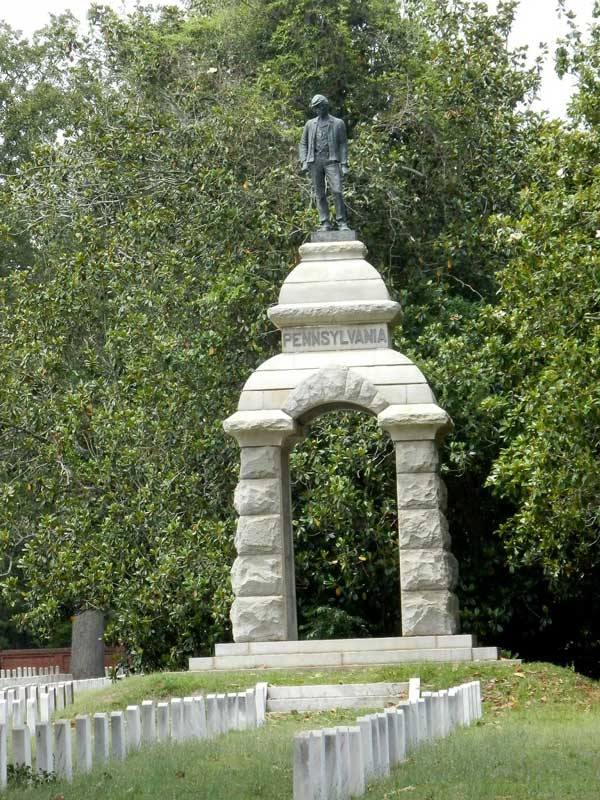 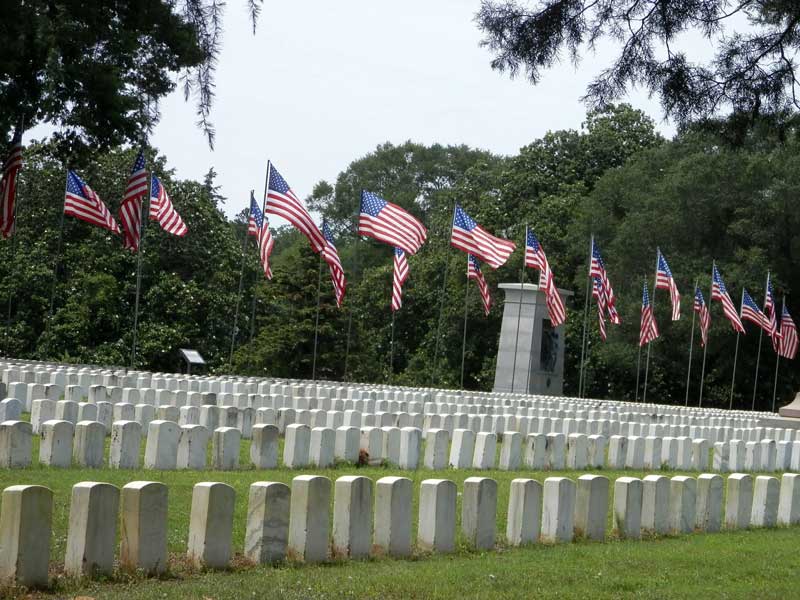 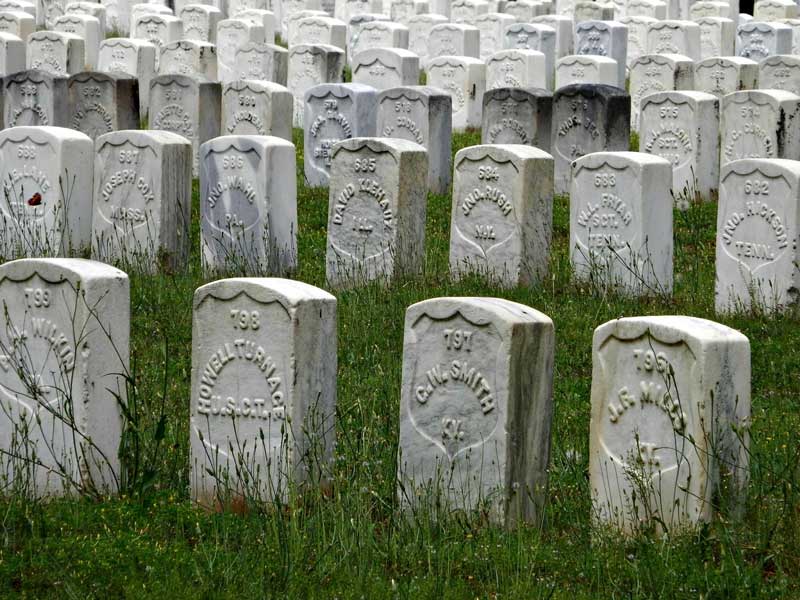 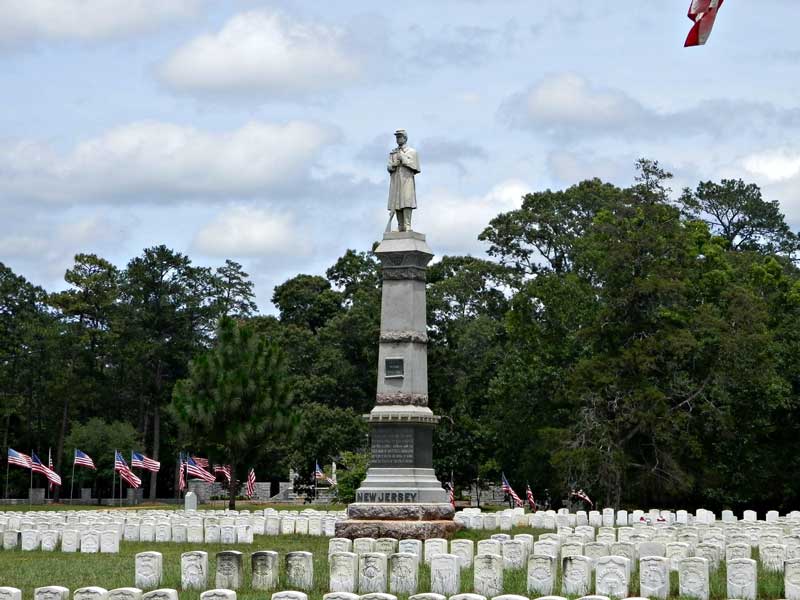 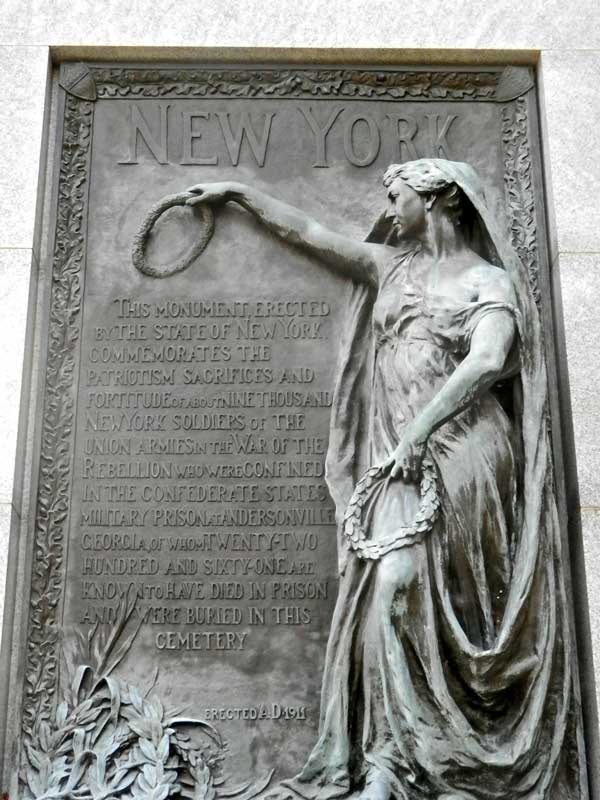